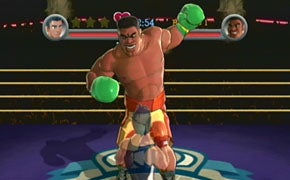 Mr. Sandman is a very fast and powerful opponent, though he can oddly be defeated with relatively simple tactics. While reacting to his individual attacks is

The first video of a TKO on Mr. Sandman in the first round. I used the strategy figured out originally by RedTom years ago.

3rd challenge will likely take more than 1 try, but with practice and pattern memorization, you should be able to pull it off.
Insandman
Previous post Diablo 4 Will Ditch Lootboxes for Battle Passes, Like Overwatch Before It
Next post Mario Strikers: Battle League Review