Sif, the Great Grey Wolf and companion of Artorias is one of the Bosses in Dark Souls. This boss is located deep within Darkroot Garden.

In this video… sadly… we are gonna have to fight sif…

Sif is not easy by any stretch, but there are a few tactics that make him more tolerable. For one, make sure you STAY UNDER HIM AT ALL TIMES. That’s the biggest thing. You are 100% invulnerable here. Now, he is fast and you will have to keep up with him to stay under his belly. Another thing is that he likes to separate himself from you and charge at you with his sword. Keep your shield handy for this. I also don’t recommend you rely on magic too much with him since he’s so fast and magic takes time. If you get far enough away from Sif, feel free to cast a Homing Soulmass, but other than that you should stick to melee under his legs.

To start the battle, approach the sword in front of the grave. A cutscene will commence and the fight will begin. If you’re like me, you’re bad at this fight and you may even die a few times! My recommendation is to quit out as soon as the fight starts so you can restart the fight closer to the fog gate, which is the best place to fight Sif. If you can get him to jump back and forth between the right corner and to the left of the fog door, you won’t have much distance between you two. You can then easily stay under him. Sometimes he will even jump upon the hill to the right of the fog door and you can avoid his attacks completely.

While under him, two-hand your weapon and get a couple attacks in before switching back to your shield while he jumps around. DO NOT GET GREEDY HERE. Running out of stamina can be the difference between victory and death so take a couple hits and then block with your shield.

If you have to heal, do it when you’re under him, or when he’s really far away. Although, ideally, he shouldn’t be too far from you if you keep him in that corner. An issue I ran into was that I kept getting hit with his 360 degree sword spin. I had the stats to block it once, but on the second hit, my stamina was low enough for him to deal massive damage. To avoid this, get super close to Sif when he’s about to use his 360 degree sword spin attack; Or you can back away and wait for another opportunity to get beneath him. Use your Homing Soulmass when you can, and be patient. Sif can be frustrating, but if you watch his movements and are generous with your blocking, you will defeat him.

If you’re having trouble, experiment with different armor sets. You may want no armor so you can run faster, or heavy armor so you can take more damage; it’s up to you. I used no armor so I could stay under him at all times. The hardest part is getting back under him when he jumps away. Try to roll through his attacks to get back beneath him and deal a few hits at a time to preserve stamina. I know you can do this! 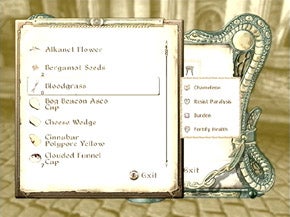